Written by eric Gotfrid on May 3, 2016. Posted in Blogs, Personalities

Introverts and Extroverts…..Helping Your Child Strike a Balance 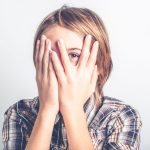 So often people fall prey to looking at children’s traits as something imperfect and in need of change. I can’t begin to count how many times I’ve herd parents and teachers make labeling statements like “he/he needs to be more outgoing” or “you’re disruptive and are too sociable.”  Children hear and feel the intentions of these statements without a morsel of validation for the value of their inherent traits. Then as a result of repetitive feedback, the child thinks that they are in some way bad, wrong, inferior or inadequate. None of which are true. The brain then builds neurons to match the impressions it received. And the snowball effect doesn’t stop there! Soon the child begins labeling and limiting their own perspective about him or herself due to the neurons being built in the brain for the worse. Trust, self-worth, confidence, love and esteem all become challenged. Then, adults make more statements about their newly formed characteristics…and so the vicious cycle continues – which keeps them from believing and living in their full human potential and abilities.